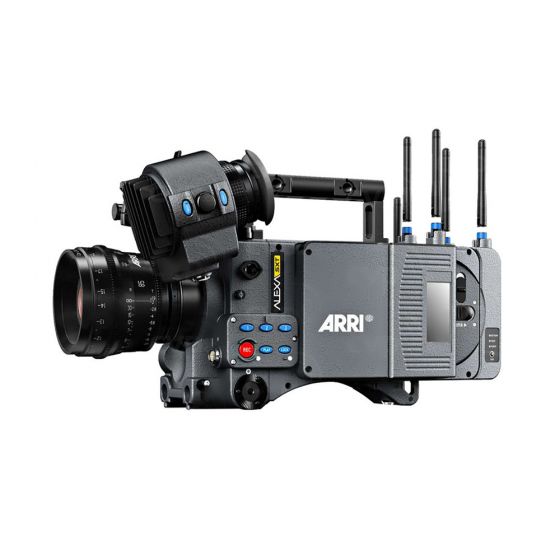 In a move that will increase efficiency on set, ARRI has integrated a high-quality and low-latency HD video transmitter and WiFi into the new ALEXA SXT W model ("W" for Wireless). Based on the popular ALEXA SXT Plus, the SXT W will replace the SXT Plus and Studio models. As always, there are attractive upgrade options for existing owners of ALEXA SXT EV and ALEXA SXT Plus cameras.

Having a video transmitter built into the ALEXA SXT W makes the camera smaller and lighter than it would be with an external transmitter. It also means fewer cables around the camera and fewer associated problems, since cable failure is by far the most common technical hitch on set. Camera setup and power-up will be quicker, and productions will be able to move faster. Interference between different radio frequencies can be a time-consuming issue for camera crews. The ARRI Wireless Video System eliminates this issue because it works harmoniously with ALEXA SXT W’s other radio-based offerings: the WiFi and the ECS, ARRI’s proprietary camera and lens control system.

In addition, the integrated WiFi radio opens up a whole range of options, starting with wireless look control on set and continuing with wireless camera remote control using the ALEXA Web Remote. Other exciting WiFi options are currently under development. The introduction of a built-in wireless video transmitter is a significant upgrade for the ALEXA SXT and reflects ARRI’s commitment to continually improve the SXT platform with additional functionality.

Replaces SXT Plus and SXT Studio

ARRI is committed to the SXT platform